Suburban homes may be cheaper, but can come with extra costs 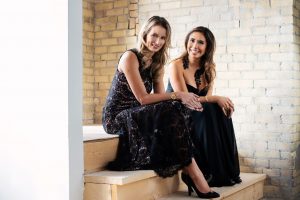 A Toronto neighbourhood is seen through a soap bubble on Sunday April 9, 2017. (Frank Gunn / THE CANADIAN PRESS)

An Interview with Toronto’s Very Own The Condo Chicks with Aleksandra Sagan , The Canadian Press

TORONTO — Jess Morgan rents in the country’s hottest housing market and has been saving for the past six years for a down payment on her first home.

She and her husband plan to start house hunting within the next two years in nearby Oakville, likely while continuing to work in downtown Toronto, about 40 kilometres away. She believes she can get more square footage for less money in the suburbs and considers it a good place to raise a family.

“I think there’s more space, there’s more green and that’s something that we would very much want for our children,” says the 27-year-old, who has set a maximum budget of about $900,000 to $950,000. As prices in major cities move out of reach of many home buyers, some are casting their search further to areas where they can afford bigger properties with smaller mortgages. But suburban living can come with extra costs, like higher transportation and daycare fees, and may not add up to great savings over the long term.

“About three to four years ago, about 10 per cent of clients coming to Toronto’s Stomp Realty sought properties outside the city”, says co-founder Erica Smith.

Now, about half of her clients look at surrounding areas, with some moving more than 100 kilometers away to Barrie, Kitchener or Waterloo, while continuing to commute to Toronto for work, she says.

“The space that you get going outside of the city is just a lot more favourable,” says Lorena Magallanes, Stomp Realty co-founder.

Last month, the average home price in the Greater Toronto Area hit $916,567 — up 33.2 per cent from a year ago — according to the Toronto Real Estate Board. Both realtors recently sold a one-bedroom plus den condo in the heart of downtown for $755,000. In the suburbs that price tag can net a house, says Magallanes.

But while suburban houses tend to be cheaper, that decision may come with daily expenses that don’t crop up with city living, they say. Suburban life typically demands at least one car. If two people continue to work in the city, two vehicles may be necessary — which then means additional insurance, gas and parking costs.

Commuters using public transit may pay more living further away and may still need a car to get to the closest station. Families may experience higher daycare fees if increased commute times keep them away from home for longer hours. People may travel frequently to the city for social and entertainment reasons, adding to their transportation costs. Homeowners may choose to outsource their yard work and house cleaning if they’re strapped for time.

“You have to remember, you’re losing the time in the commute if you’re still working in the city,” says Smith.

Leona Nosterud and her husband have experience moving from bigger cities to less expensive areas — first from Calgary to Saskatoon, and later to Moosomin, Sask., a town of 3,200 people, where she and her partner own a construction and property management company.

The last move resulted in a much more affordable mortgage, she says.

By working in Moosomin, Nosterud avoids some of the extra transportation costs faced by those who may have to commute long distances.

“But our groceries, our taxes, our insurances, our travel — all of those are significantly higher here,” says Nosterud.

She still questions whether leaving the city for a small, rural town was the right decision for her family.

“I would love the opportunities, the education, the health care, the amenities, the playgrounds, all of that of the city,” she says. “But then our mortgage would be significantly higher.”