A quick analysis of housing market trends within the last few years is very telling of the volatility and excitement of being in an industry so disposed to fluctuations. Since the 2008 financial crisis, low interest rates and the increase in buyers has kept the market in a state of steady progress over time 1. While the increase has been relatively uniform, recently there has been a shift in where this growth is taking place. In Toronto and Vancouver, the market is a bubble that “continues to defy economic fundamentals”, as stated by David Madani, senior Canada economist at Capital Economics 2. Annual price gains for homes have risen 20% in Vancouver and 10.5% in Toronto, respectively – a stark contrast to other metropolitan regions in the country who have seen declines in the average home price year-over-year according to a Royal LePage Carriage Trade luxury properties report 3. 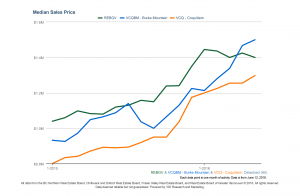 There is a similar increase in luxury properties in areas such as Jackson Hole, Wyoming and Auckland, New Zealand – locations that provide the wealthy with the same luxuries of Manhattan and London but with a return on investment one can only get from somewhere as untapped as New Zealand and Wyoming 4.The downfall of these investors moving in – seen most recently in Toronto and Vancouver – is an inflation in prices. As of May 2016, 25% or more of the luxury markets are held by foreign investors according to a Royal LePage survey polling real estate advisors around the country 5.This means Canadian citizens must not only compete with each other in the increasingly competitive market, but with foreigners who often have a lot more capital to put towards a property.

According to National Bank’s Marc Pinsonneault, the reasons for the increase in Toronto and Vancouver’s housing markets don’t lie solely with foreign investors but, rather, the strong labour markets in the country that facilitate large migration flows 6. While that may hold some truth to it, B.C. premier Christy Clark seems to disagree. In a statement, she said:

…There is evidence now that suggests very wealthy foreign buyers have raised the overall price of housing for people in B.C. 7.Christy Clark 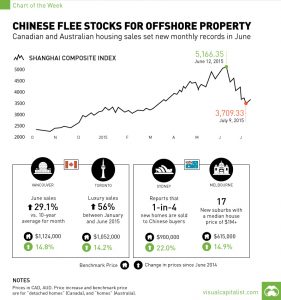 Today, governments are doing their best to curb the increasing investments in properties by foreign investors. That is, anyone who is not a permanent resident or citizen of Canada. The government of British Columbia has introduced a 15% levy on any purchase made by a foreigner either through a corporation they (partially or fully) control or as nationals11. Beginning August 2nd, this one-time tax essentially adds $300,000 to the purchase of a $2-million home 12. On top of this bold move made by the B.C. government, the federal government has dedicated half a million dollars to Statistics Canada to research foreign buyers and CMHC has focused its attention on gathering data, working with brokerages, tax agencies and the country’s money laundering police 13. These moves are made with the intention to understand the factors behind the ever-changing market in order to better protect Canadian buyers and investors. 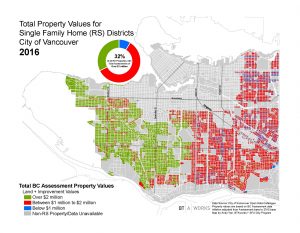 Uncertainty of the future

As the government does its best to create the most economically comfortable housing market for its citizens, it will be interesting to see how the changes will affect the houses in the coming years. Will the 15% foreign-buyer tax lower house values and hurt the equity of local homeowners? Will foreign buyers shrug at the $300,000 and continue to invest in the markets around the country? Will the Ontario government follow British Columbia’s lead or forge their own solution to this problem of inflation? Though the future of the housing market is still uncertain, there is one guarantee: foreign investment is going to slow down and the markets will undoubtedly feel its effects.